Hello and welcome back to part two of our ten-week leadership healthy habits mini-series that addresses some of the most significant challenges leaders face in the workplace.

Have you ever come back from a leadership conference or course fired up with ideas and inspiration about what you’re going to start doing differently?

And have you ever found that just five days later, reality has smacked you squarely in the face?
Me too!

Despite our best intentions, new ideas get placed firmly on the back-burner because urgent stuff needs our attention. It would be great to implement all the ideas we dreamt up or start using some of the tools we heard about, but the truth is, we don’t have time.

As a result, we go back to doing what we’ve always done but we just do it a little bit quicker.

When that doesn’t help us get through the to-do list, we work a touch longer and sacrifice just a little bit more time with our loved ones.

It’s also likely that to deliver the results, we spend less time exercising. We don’t eat as healthily as we should, and we stop doing the things that help us unwind and enjoy life.

It’s also a story I know all too well, as many years ago, this was my story.

I was only a few years out of the Army leading a high-volume, seasonal recruitment team. We were trying to recruit many people from a small pool in a very niche area. The business had spent years treating these people pretty badly and paying them poorly. We didn’t have that much going for us!

As I got promoted, I just worked harder, faster, and longer. I got in early and stayed late. I emailed relentlessly on my hour-long train commute.

Things eventually got so bad that I regularly felt physically sick standing in the shower each morning. Then I started getting mild chest pains.

The relentless focus on the numbers and targets caused me to forget what I’d learned about leadership in the military.
I became so focused on doing stuff and managing things that I almost forgot to be a leader. I was mainly leading in my spare time, and when I had time - this, of course, isn’t leadership at all.

The other interesting thing about this time was that as I got promoted, my daily task list grew significantly, as did the remit of my role.

I didn’t suddenly have less stuff to do. I had loads more stuff to do, AND the same amount of time to do it all in.

Or so I thought.

Ok. Here’s another interesting question for you.

Have you ever been on a leadership course where they told you what things you should stop doing as you get promoted?

But I now realise that’s the key. That’s the answer!

Simply doing more and working longer isn’t the recipe for success as we take on more senior leadership positions. That’s a sure-fire, 100% cast-iron guarantee for failure, burnout, and ill-health.

The journey I’ve been on helped me realise that there are essentially three parts to any leaders job. 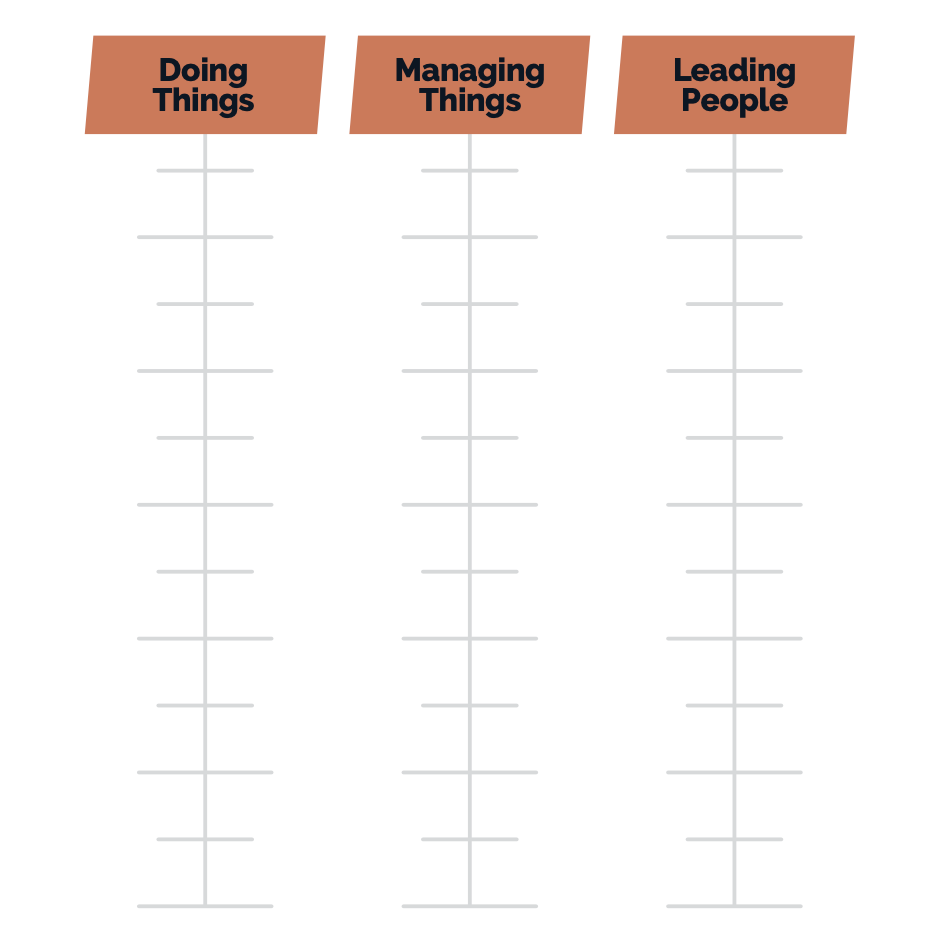 These three components form the Leadership Equaliser. If we are to be successful as leaders in delivering the objectives we have whilst looking after the people we are responsible for, we must pay constant attention to our dials.

But we can't just simultaneously crank every dial-up to the maximum.
If we push our leadership dial-up, the other dials must get pushed down a little.

We have to stop doing some stuff so that we can start doing other stuff.

Stopping tasks is how I beat the chest pains and took back control, and is also how I now find the time to implement all that I'm learning from the conferences I attend and the books that I'm reading.

My clients regularly tell me that the Leadership Equaliser is beneficial for shifting their focus from doing and managing to leading. And when they make this shift, they find that they get more done in less time whilst leading a much more engaged team.

Everything that I now do is focused on the belief that our job as leaders is to ensure that we deliver the results AND look after the people we have the responsibility to lead.

As leaders, we should act in such a way that people are inspired to come to work and give their very best. We should also do all that we possibly can to ensure that they go home to their loved ones happy at the end of each day.

After all, every person that we lead is the most important person in someone else's life. 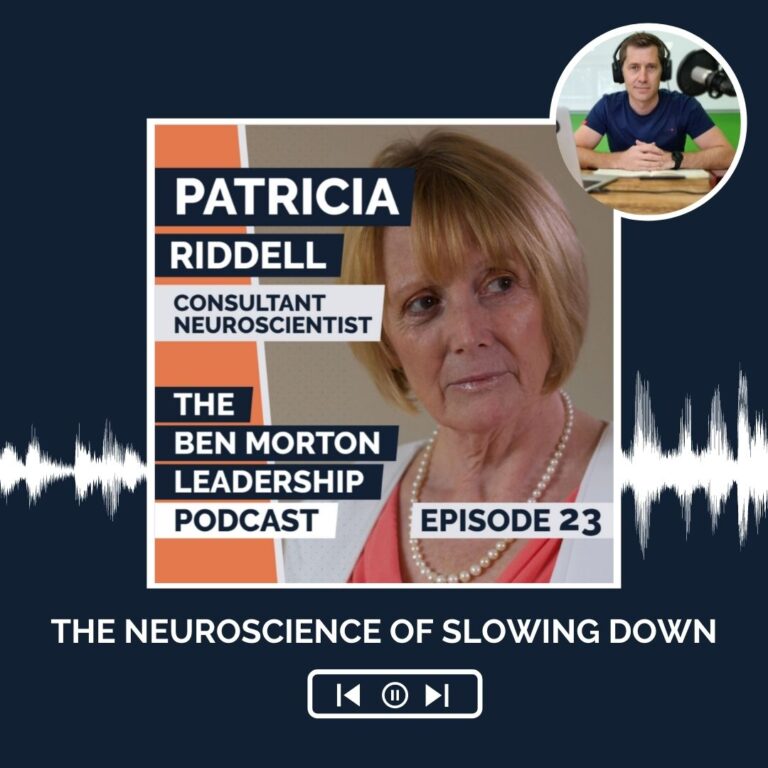 The neuroscience of slowing down with Professor Patricia Riddell

In recent years I’ve heard neuroscience findings being used more and more in the business world. I’ve also begun to realise that much of it is miss-quoted, misunderstood, or out of date.

With that in mind, I focussed my conversation with Professor Patricia Riddell on de-bunking a lot of the false information around neuroscience and the practical ways in which we can use the real findings to improve our own productivity and become even better leaders for those that we serve. 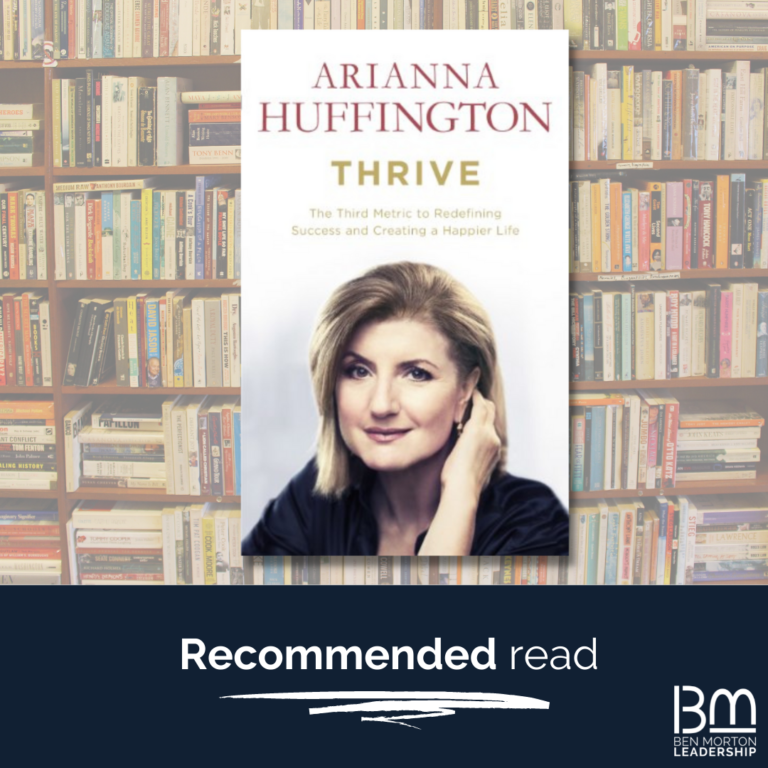 Drawing on the latest groundbreaking research and scientific findings in the fields of psychology, sports, sleep, and physiology that show the profound and transformative effects of meditation, mindfulness, unplugging, and giving, Arianna Huffington shows us the way to a revolution in our culture, our thinking, our workplace, and our lives.

Click the image to but the book on Amazon.

Want to take another look at last week's content?
Click the button below to view it now.