Hello and welcome back to the final part of our ten-week leadership healthy habits mini-series that addresses some of the most significant challenges leaders face in the workplace.

If you're keen to continue your development beyond today, click on the link below to learn more about my short online course - The Weekly Planning Protocol.

Let's get on with today's coaching...

Many of us think that recognition and appreciation are the same thing, but they are not.

And the distinction isn't just one of semantics. It truly matters - especially to those of us in leadership and management positions.

I once watched Mike Robbins' TED Talk on the topic, which you should definitely go ahead and watch right now. Here's my take on how he defines recognition and appreciation.

Recognition is positive feedback based on performance or results. In other words, when you produce a positive outcome, you get recognised. But recognition is time-sensitive and finite, i.e., there is only so much recognition that can be given before it becomes meaningless or insincere.

Appreciation is about appreciating people for who they are, not just what they do. For example, a study at UC Berkeley showed that people were 43% more effective and productive when they felt their manager valued and cared for them.

This was in contrast to being just 23% percent more productive when they felt recognised for their work.

One of the most effective ways to show people we appreciate them is by sending handwritten notes to those we lead.

An activity that takes just a couple of minutes and costs no more than a few pennies or cents.

I talked about this practice with an Executive Team recently who lead a team of 9,000 people. Two team members mentioned that they still had a handwritten note in their desk drawer from a former boss.

When they told the story, those people came alive. Their eyes lit up. Their energy changed.

At that moment, it was clear to me that those two people would have done anything for that leader.

Making the time to say thank you

Sheldon Yellen, the CEO of Belfor Holdings Inc, writes 9,200 cards to his team each year. These include thank you cards, anniversary cards, birthdays cards, and even cards to his employees' children when they are sick.

Doug Conant, the former CEO of Campbell's Soup, wrote 30,000 cards in his ten-year tenure. By my maths, that's around 58 cards per week.

I'm not suggesting you need to send that many thank you cards. But imagine the impact if you did.

And what if you started by sending one in the next 24 hours? 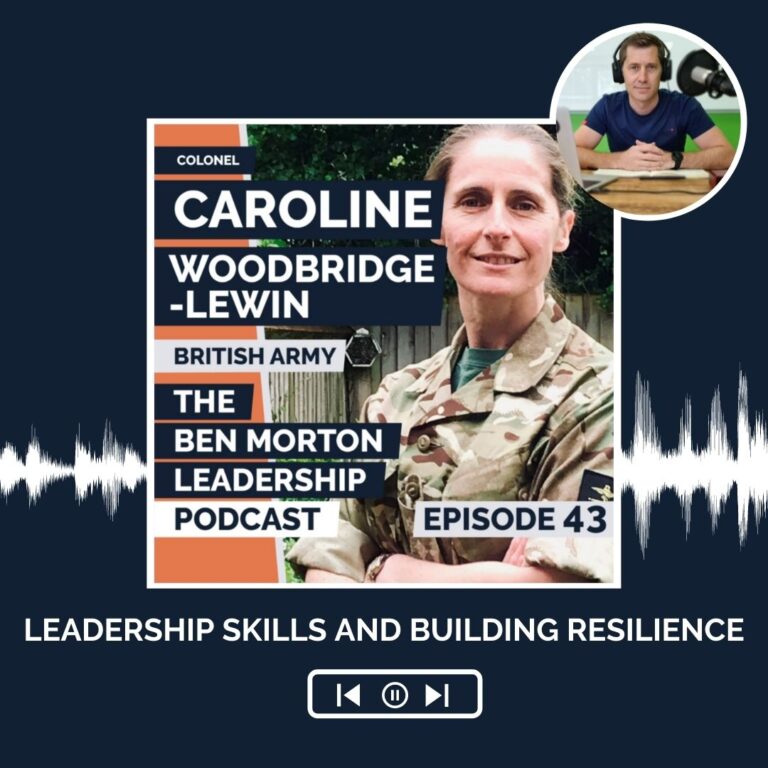 Caroline was commissioned into the Royal Signals in 1995 and has completed numerous roles serving in the United Kingdom, USA, Cyprus, Germany, Bosnia and Iraq.

There are so many pearls of wisdom in this episode. A few personal highlights for me are Caroline’s thoughts around building resilience – and not being overly critical of ourselves, the need to lead management activity and being very intentional about where she positions herself as a leader… and why. 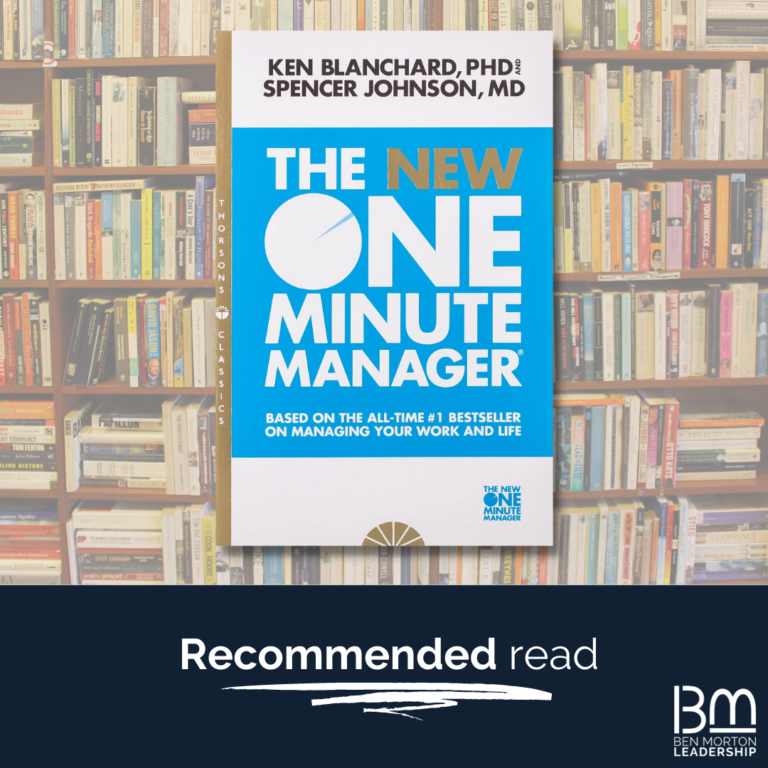 The original, bestselling blockbuster which has transformed businesses worldwide.

The One Minute Manager also includes information on several studies in medicine and in the behavioural sciences, which help readers understand why these apparently simple methods work so well with so many people. The book is brief, the language is simple, and best of all … it works.

Click the image to buy the book on Amazon.

Want to take another look at last week's content?
Click the button below to view it now.

Sign Up For The Weekly Planning Protocol Online Course 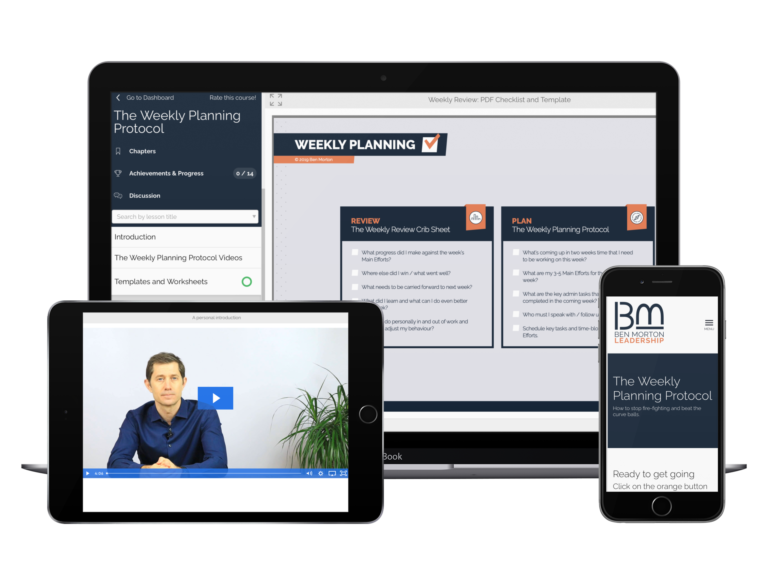 One of the most effective things that leaders can do in uncertain times is to help their teams prioritise.

But we can't do that for our teams if we're not totally clear ourselves.

And despite knowing that we should prioritise, many of us fail to do it effectively. As a result, we end up fighting one fire after another, being consumed by the urgent and not planning ahead. And so the cycle continues - we get busy being busy...which isn't the same as being productive.

If you want to take back control of your weeks and get on the front foot, the Weekly Planning Protocol course is for you!

And remember to use code 'mini25' at the checkout which takes the investment down to just £22.50.

Get all the latest tips, tricks and freebies with my monthly newsletter

Thank you, please keep an eye on your inbox (and spam folder too just in case)